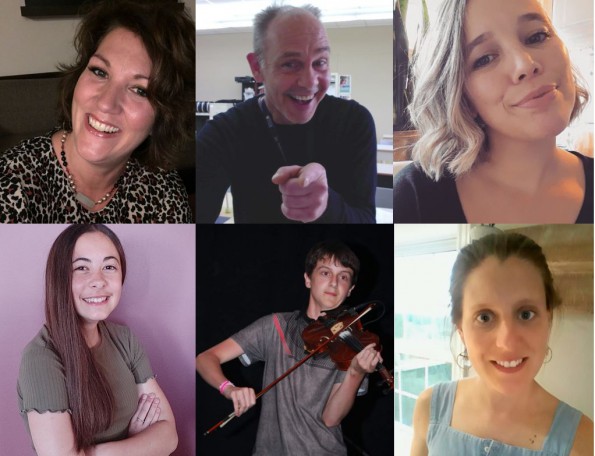 Stage veterans and newcomers to be featured

MONT-CARMEL - June 10, 2021 - Audiences who come to the "Les Filles de la Factrie" (The Fishplant Girls) francophone dinner-theater show at the Mont-Carmel Parish Hall this summer can expect to see a whole bunch of crazy comedy and a variety of entertaining songs. With performers like Debbie Rousselle-Montgomery and Chuck Arsenault playing these hilarious roles, audiences can expect a lot of laughs.

This flagship show of the season, which was performed by another troupe in Nova Scotia with great success a few years ago, will be presented in French four nights a week – Wednesday to Saturday – at 7 p.m. from July 15 to August 28.

"I have carefully selected the actors and actresses who will play these roles this summer," says Paul D. Gallant, the play's author and artistic director. "As I have always done, I wanted to choose a few experienced actors to ensure a level of professionalism, as well as young actors who have a little less experience but who are already very talented. This formula allows young people to be around experienced people and learn the craft from them. "

Debbie Rousselle-Montgomery, who has been acting and singing since she was a teenager, is a veteran of the stage, having performed in numerous plays and dinner-theaters over the years. She even played the popular title role of grandmother Mémé in the 2019 production of La Cuisine à Mémé in Abram-Village.

Chuck Arsenault was a member of the group Barachois and the duo Chuck and Albert, performing hundreds and hundreds of traditional music and comedy shows around the world for a number of years. He launched his career as a performing artist with a former edition of the show La Cuisine à Mémé.

These two will be joined by actress Yolande Williams and young actress Isabelle Fisk, both of whom already have some stage experience. Fiddlers Gilbert Arsenault and Samantha Arsenault, who both have extensive musical experience, will alternate roles on the fiddle.

The story of "Les Filles de la Factrie" takes place in a fish factory in the old days; the workers are not allowed to talk while they work. One day, one of the workers empties a potion, concocted from an old family recipe, into the supervisor's (floor lady) tea, which makes her sleep all day. The employees agree to do their jobs, but still take time to chat, tell jokes, dance and sing, making for a fun evening with great old-time music.

This production is part of a series of three shows presented by Les Productions Cuisine à Mémé Inc. this summer in Mont-Carmel.